StuDutch Auctions kick off 2022 with embryo collection filled with expectations

To make the best jumping genes available, this auction focuses among others on the undisputed number 1 jumping stallion in the world. The much sought-after blood of Chacco Blue has been combined with selected mares out of fantastic dam lines and is available through several embryos. Of course, an embryo out of the direct dam line of his most successful offspring Explosion W should not be missing. His genes are represented in the Chacco Blue embryo out of Harina (by Nabab Rêve), a niece of Ben Maher’s Olympic champion.

But Chacco Blue’s influence doesn’t stop there. What about his other pregnancies, such as out of a daughter of Sea Coast Ferly (1.60m, Narcotique de Muze line), out of a daughter of Tinkoucha Hero Z (1.55m, Van ‘t Roosakker line), out of the direct line of Hello M’Lady (1.60m, Scott Brash), out of the dam line of the great Quickly de Kreisker and directly out of the line of Mylord Carthago’s full sister. Frozen embryo’s by Chacco Blue out of the famous Narcotique de Muze/Qerly Chin line and the dam line of Kannan complete this summary.

Other big names in the current 5* jumping sport sired the other embryos. We are proud to present the full brother or sister to the highly rated Grand Prix breeding stallion Carrera VDL (1.60m, Jur Vrieling). The expectations of the other implanted embryos are no less. Take for example the unique offspring of Kashmir van Schuttershof out of the direct dam line of Diamanthina/Emerald van ‘t Ruytershof. The same Emerald is the sire of the embryo out of the striking performance line of former world top jumper City Banking (1.60m, Beat Mändli). Not to be missed is the embryo by Comme Il Faut out of the dam line of Plot Blue (both stallions ridden by Marcus Ehning). Here we see former World Equestrian Games participant Pershing (1.60m, Lesley McNaught) directly in the pedigree.

In addition to the aforementioned Chacco Blue embryo’s, our January collection contains three other frozen embryos. Two are by Untouched (1.60m, Ben Maher/Nick Skelton), who passed away much too soon. This former Grand Prix stallion whose granddam is the golden Olympic mare Classic Touch has a rapidly increasing number of international horses among his small offspring. Untouched has been combined here with a strong branch of the famous Van 't Roosakker line and also with a daughter of the 1.60m mare Degina (Michel Robert). Last but not least, there is the exclusive embryo by Carthago Z! The famous grey stallion has been brought together with the direct line of Usha van 't Roosakker.

On studutch.auction you can find all information about the above-mentioned special collection of in total 17 genetic top embryos! 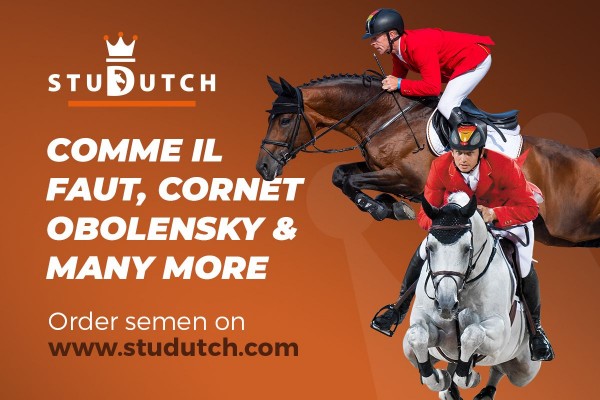 Order your semen Comme Il Faut, Cornet Obolensky, Big Star and many others from this link: click here 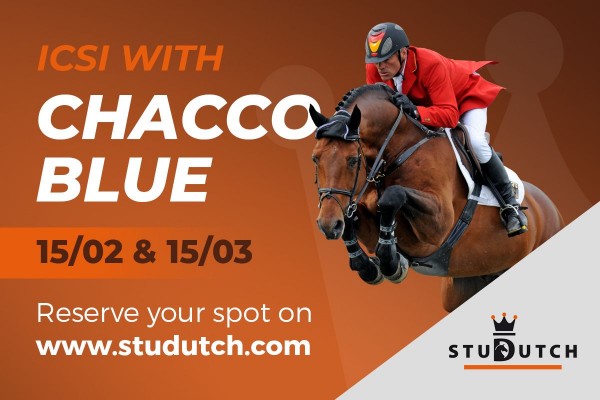 This year too we have reserved a number of dates when ICSI-treatments can be carried out at the Utrecht Faculty of ...

Buying a frozen embryo with guarantee

Buying a frozen embryo involves risks and that is why we would like to think along with you. For this we can offer ...