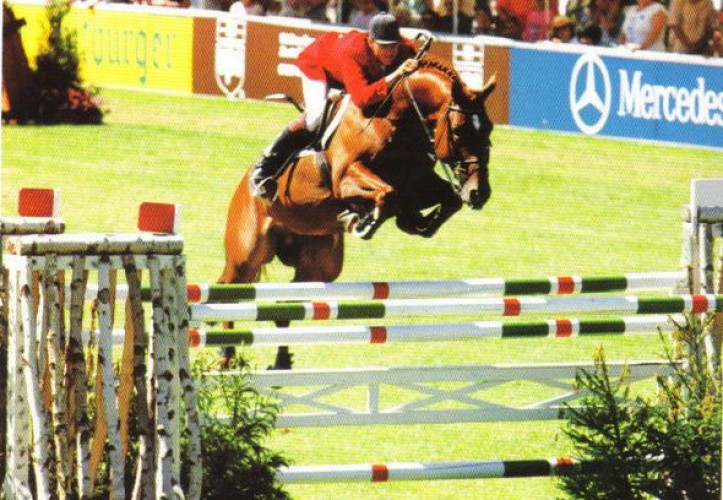 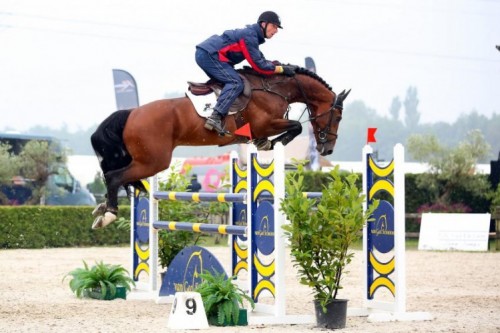 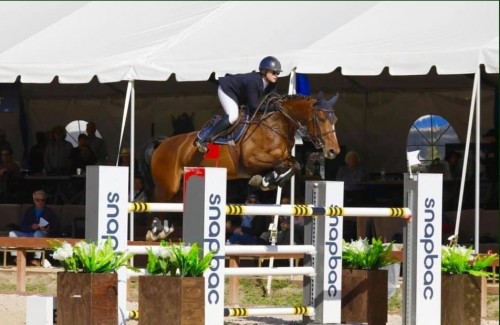 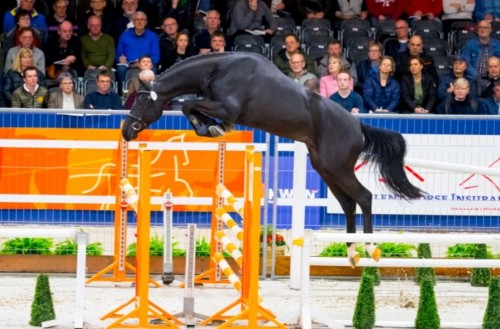 Sire Toulon placed highly in multiple Grand Prix’s and World Cup Qualifiers. Next in line is Calvados ‘Keur’, well-known sire of Grand Prix jumpers. Further in the pedigree of Kareusa S are the stallions Le Mexico and Lucky Boy xx. These two stallions are among the documented foundation stallions of the modern KWPN horse.

Kareusa S hails from the highly succesful Koteusi-stam. She is the full sister of the top Grand Prix stallion Etoulon VDL and a half sister of the 1.60m jumper Dereusa S and 1.40m mare Atureusa S.

Kareusa's dam is a half sister of  the 1.50m performer Re Mexico.

Other successful horses from Koteusi-stam include the top 1.60m

Approved stallions from Koteusi-Stam such as:

The only stallion in history who won double Olympic Gold!

At the Olympic games in Atlanta 1996, Jus de Pomme got the gold medal individual en with the German team. Onfortunaly Jus de Pomme passed away short after this great result and we couldn’t enjoy anymore of his great technique and his fantastic scope.

With this embryo the very valuable French mareline of Opaline des Pins is anchored.

Opaline des Pins produced nine foals, six of which have been released at the highest level internationally.
In addition, she has brought five approved stallions, of which no fewer than three have made an appearance at the Olympic Games. These approved stallions are Shogoun II, Jus de Pomme, Quintus GFE, Richebourg and Tresor de Opaline.

Well-known jumping horses such as Ikare, Topaline and Magister also come from the very special mare Opaline des Pins. At a time when  rinsing embryos and ICSI were not yet commonplace, this is very exceptional.

Jus de Pomme has developed into a stallion who, with his attitude and unlimited ability, amazed friend and enemy.

This is done by, among other things, winning major prizes such as Hickstead

and the Nations Cup of Aachen and also finishing in the top three of major prizes such as Geneva, Hamburg and Mannheim. In between, the stallion also became German champion.

Jus de Pomme managed to stay clear in 23 Grand Prix rounds. Such qualities are therefore of great importance for current breeding, thinking about attitude and ability.
Due to his pedigree, Jus de Pomme had nearly 70% thoroughbred blood running through his veins, partly due to stallions such as

Merrie is per direct leverbaar.