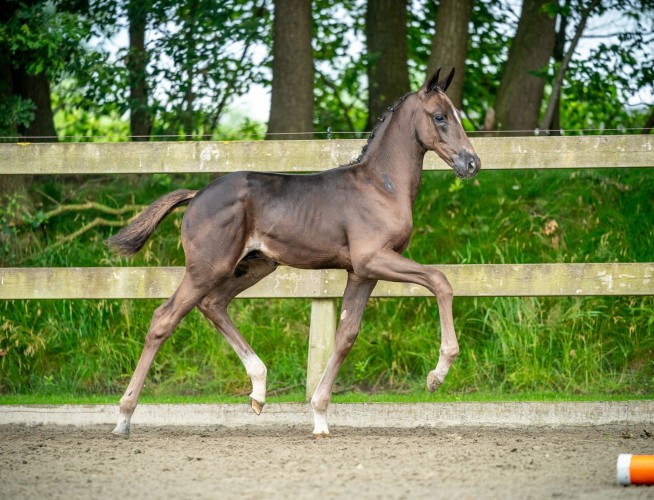 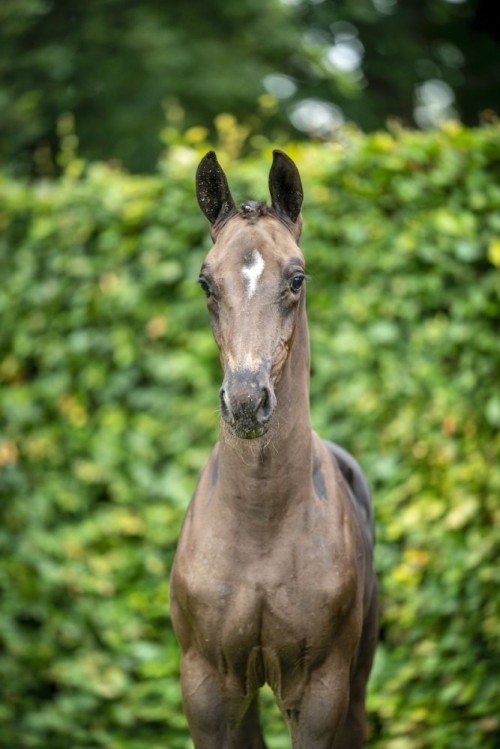 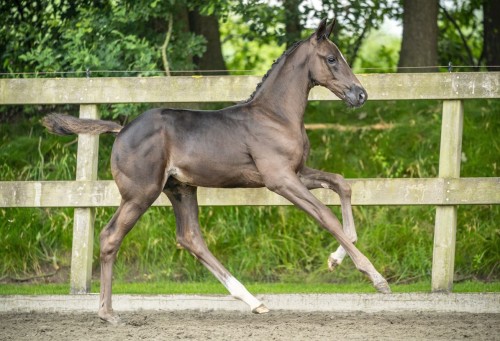 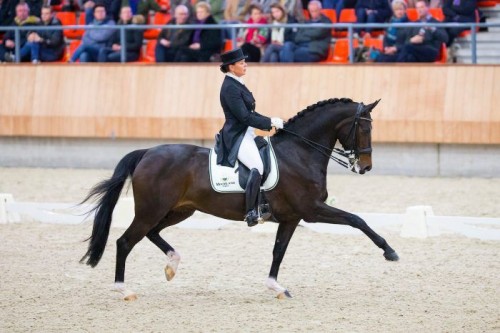 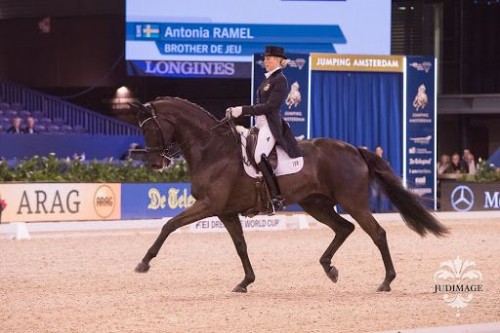 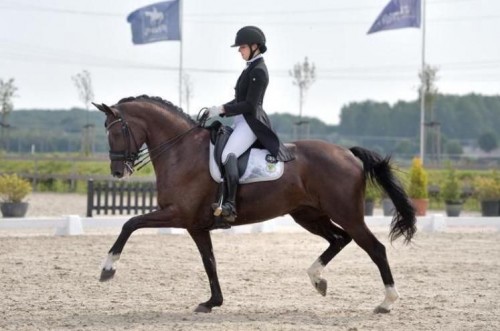 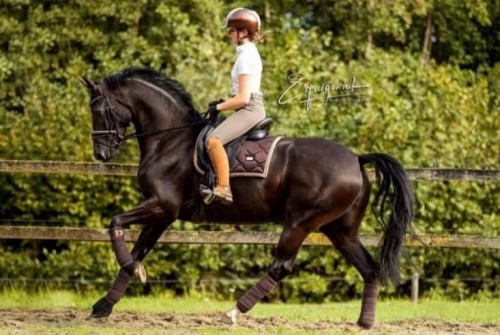 Toto Jr. is bred to be a GP horse, with only nine years old he did his first GP with almost 80%. Crossed with the GP dressage producer O.Esther.

And what about O.Esther, an elite, 2 times preferente, 3 times prestatie mare. This Jazz-daughter, bred by the late Huub van Helvoirt, is one of just ten broodmares registered with the KWPN that have ever produced three Grand Prix offspring! And with O.Esther these three are currently competing at the highest level. During the 2019 Amsterdam World Cup Grand Prix her offspring Asther de Jeu (Tosca Visser) and the very successful Brother de Jeu (Antonia Ramel) competed against each other.  And finally, there is also Esther SVN, born in 2009, who is also competing at Grand Prix-level. Furthermore, O.Esther produced the Small Tour horses W.Esther de Jeu and Zafriq de Jeu along with various other remarkable sports horses, including Glamour-Esther SVN who holds the predicates sport dressage and keur, Jazzuan SVN is in education by Patrick van de Meer. Kehinde Esther SVN (with 80 for exterieur and 85 for movements) had with Febe van Zwambacht 88 points for the IBOP test which was the highest score of 2019 in Holland.